It’s that time of year again, the time when the garden is looking just a little bit jaded. The vigorous growth of early summer is past, and the pace has begun to slow. 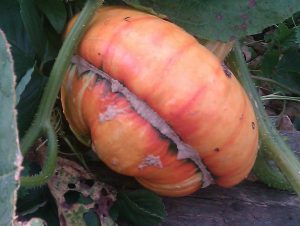 Post-holiday garden recovery mode is now complete, the grass has all been cut, and our few hedges have been trimmed, though not the big yew tree yet – as that’s a mammoth task!  In the vegetable garden, the early peas have now been picked and the old forlorn plants removed and composted.  Their old silvery stems and leaves looked tired following weeks of yielding peas for the family.  It’s always a shame to remove vegetables from the beds but I now have a patch ready for some late summer fast growing salad crops.

The red onions have also been harvested and hung to dry in the sun, ready for winter storage.  I love stringing them and storing them in the kitchen, until they are needed.  The gourds, pumpkins and squashes have all started to romp around the garden, weaving their way through the dahlias, entwining themselves quite nicely wherever they go.  This year I’ve grown spaghetti squash for the first time; an interesting shape which could well be a real talking point!

I’ve erected trellising to encourage the pumpkins (also known as cucurbita) to further explore and to create height; the trellises also enable air to circulate beneath them and makes it far easier to spot the swelling fruit and to keep an eye on them.

The sunflowers loved the warmth and the rain last week, and have now reached some dizzy heights.  They have yet to be measured, but I recon the tallest is now well in excess of 7ft, maybe even 8! My tiny patch of eight or so sunflowers is hardly competition for the golden fields of mid France, but I’m content with my few strikingly tall yellow faces!

Other crops doing well right now are the broad beans, the Swiss chard (great in a vegetable stir fry) and purple French beans (similar to the green variety – just purple in colour). 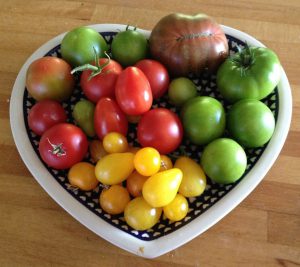 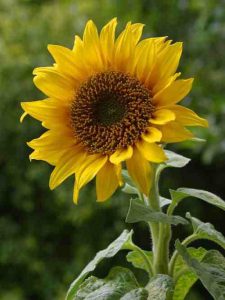 The Borlotti beans are ready, although I’ll be drying these to use in stews later in the year.  They have a creamy flavour and a meaty texture, great for hearty soup as the weather gets colder in a few months’ time.  In the meantime we can make the most of the salad crops, especially the tomatoes, lettuce and the very versatile Swiss Chard.  The beetroot is coming on nicely, and I can’t wait to roast some of the big ones to enjoy with plenty of salt and pepper alongside a summer salad, or even as a side with a roast dinner!

I love this time of year; the garden may not be at it’s very best and the weeds like to make their presence known, but supper is always provided, very simple and very fresh & it doesn’t get better that. Happy days!