A Half Term Treat

5th November 2013 10:59 am Leave a Comment
A Half Term Treat
Fed up of pumpkin soup?? Fed up of bonfires, fireworks and toasted marshmallows?  How about  multi coloured autumnal leaves and Conkers?
Well, we’ve had a long autumn! Yes, of course autumn is always the same length in days and weeks, but this year it feels longer. It’s been exceptionally mild and dry, apart of course for the blip of a storm that whipped at the end of October.
This year, I bet the majority of us didn’t even think about the heating until November was upon us.  It seems to have been autumn since forever, but that’s a good thing! A long autumn extends summer and shortens the dark winter months.
During half term, I visited Wassenaar a lovely little town in the Netherlands. We discovered it  as a family over a decade ago, and have returned as often as possible ever since. Wassenaar is a little known but beautiful town in the middle of a woodland, and surrounded for sand dunes along the Dutch coastline south of Amsterdam. It’s a town that celebrates autumn to the full, in the most natural and simplistic style. There is nothing fancy.

In the Netherlands, pedestrians and cyclists take priority. Cars are forced to travel slowly and always stop for cyclists. Every road has a cycle path alongside it, and it certainly appears that everyone cycles! Young children, too young to ride a tricycle ride in special child seats, in pull along trailers or sit in specially made trolleys in front of the bicycle!  When they are old enough, children sit on an additional seat alongside Mum or Dad and by the time they’re four ,they have a bike of their own! The system encourages this lifestyle, no shortage of paths and parks, plenty of street lighting and of course, reasonably flat land!! At any one time, five or six bikes could be cycling past in both directions, the cycle paths are as busy as the roads. As a pedestrian of course, you are as likely to be run over by a bike as a car!! Step into the cycle path at your peril……these cyclists are serious commuters and travellers. They have a destination in mind.. The road systems in and around the towns are slightly ‘toy town’ with dainty little paths here and there, quaint markings, and raised crossings. It seems like a very healthy way of life, it all seems very perfect!

As winter approaches and clocks go back (yes, they even go back in Holland) shops and houses seem to celebrate winter with the same enthusiasm as we celebrate Christmas.  Winter lights and candles decorate their doors and windows, and cafes offer blankets and fleeces to those who chose to enjoy their coffee and spiced apple cake outdoors in the winter sun.  The cakes, pastries and biscuits all take on a warming comforting feel, mildly spiced with cinnamon and nutmeg. The cool crisp air seems to justify the goffres, (waffles) the syrup and pure chocolate dipping sauce.  They really know how to celebrate winter.
Even wind swept and cold, the Dutch jump on their bikes and enjoy life.  They cheer themselves up with large bowls full of home made soup and garlicky croutons. It’s simple but effective. Yes, the grass is always greener, but if there’s one thing I can take away from our mini break, it’s to enjoy the moment, enjoy winter; come hail or shine! If it takes winter lights and candles, spiced cakes, warming drinks, and a log fire to bring a smile to my face, then so be it! 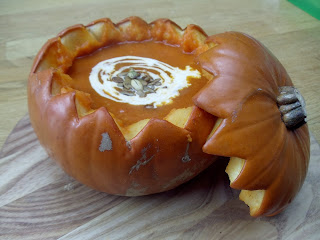 I don’t wish to bring Christmas forward, nor see Christmas decorations in the shops in October, but surely, there’s no harm in brining the joys usually associated with Christmas forward by a month or two. We are a country with four usually, very distinct seasons, we really do need to learn to celebrate them to the full just as our continental neighbours do.  To make the most of the weather, the colours, the foods and the spirit each season brings.
where we are
cooking courses for everyone
improve your skills, your repetoire and have some fun with food at Y Sied